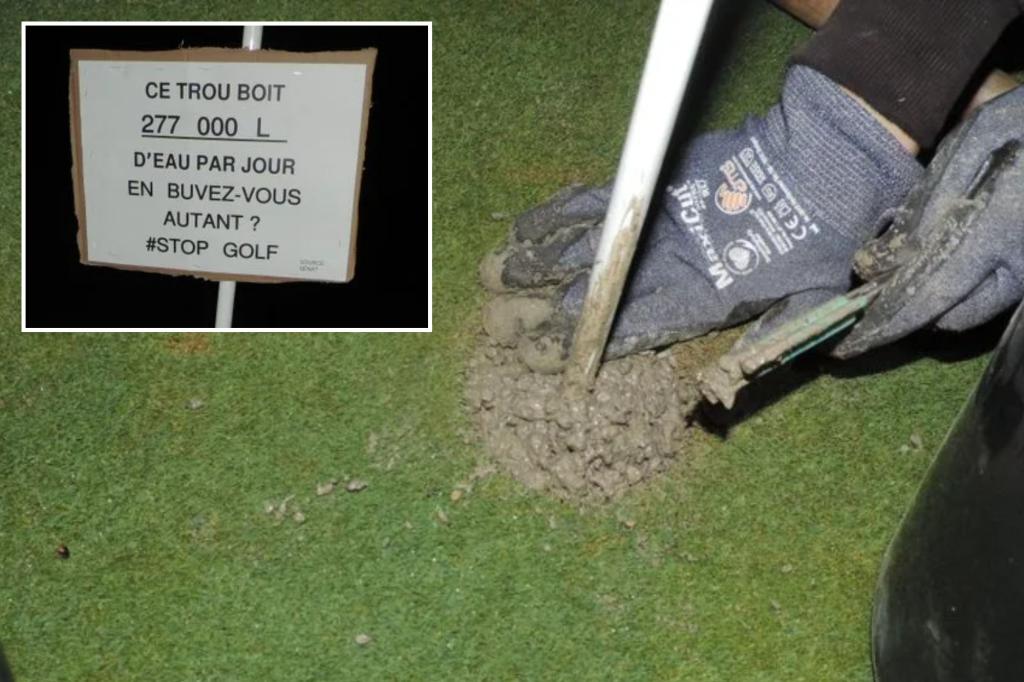 Climate activists Affiliated with Extinction Rebellion A golf course in southern France has been targeted, filling holes with concrete to protest the exemption from water restrictions In the worst drought on record.

France has told residents to avoid unnecessary water use, such as washing cars and watering gardens. However, activists complain that golf courses are allowed to continue watering greens.

Defending their exemption from water restrictions, Gérard Rougier of the French Golf Federation told the France Info news website: “A golf course without a green is like an ice-rink without ice.”

Extinction Rebellion Toulouse posted a photo on Twitter of what appears to be a golf hole filled with cement and a sign that says “This hole is drinking 277,000 liters. Do you drink so much? #StopGolf.”

Water bans are enforced at the discretion of regional authorities, and so far only Ile-et-Villain in western France has banned golf course watering.

France was the worst hit Hot and dry conditions across Europe Firefighters are battling a “monster” blaze in forests in south-west France.