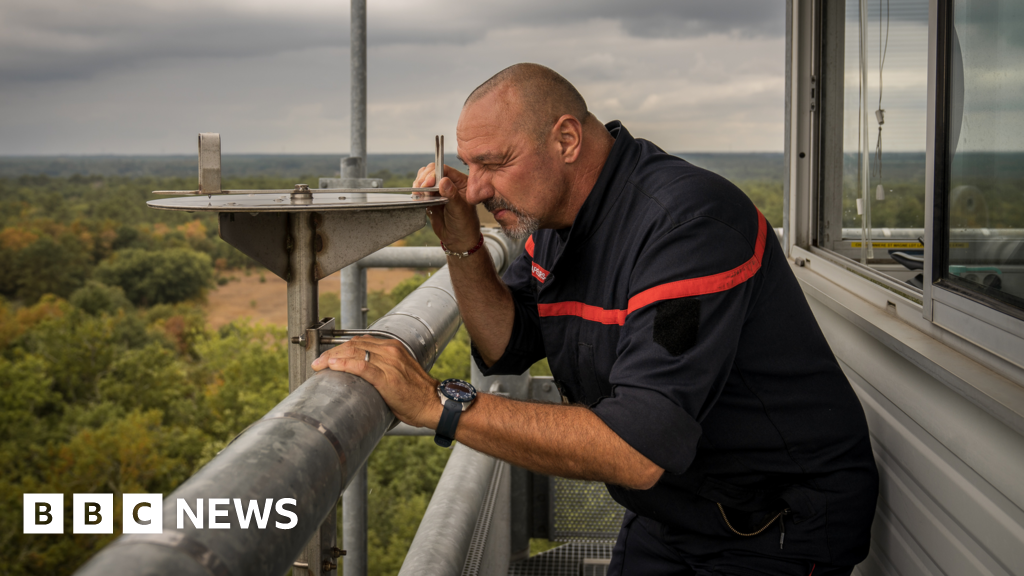 In this forest in the Gironde in southern France, a network of 22 watchtowers is the first line of defense against wildfires, which can start with a plume of smoke on the horizon. Escutia, a former moving company owner, has a contract with the fire service to work in the tower for six months during the summer fire season, but he works as a volunteer outside of his contract. He is in his fourth year in the fire service. When the July blaze was really bad, Escutia would sometimes finish a shift at the tower at 10pm and join firefighters on the frontline at midnight for a shift until 7am, then return to the watchtower at 10am. “I didn’t sleep much,” he said with a laugh.