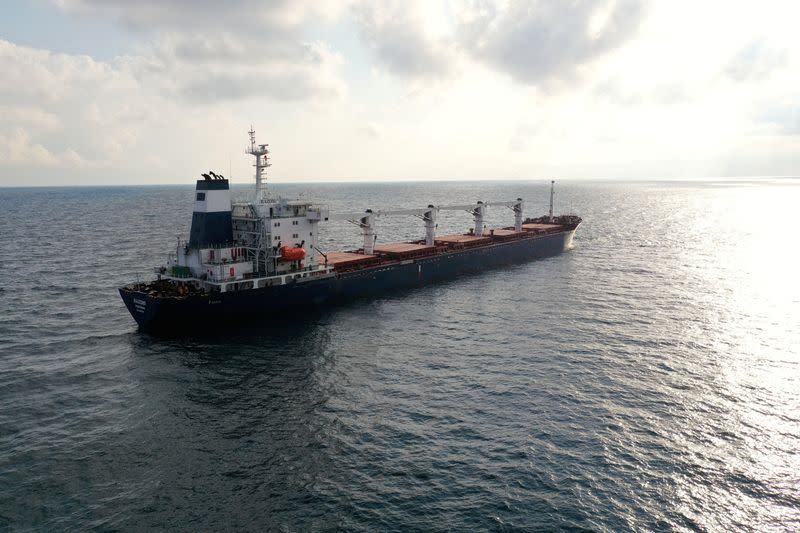 ISTANBUL (Reuters) – The first grain ship from Ukraine under a UN-brokered deal docked in Turkey on Thursday for 11 days at sea, Refinitiv data showed, and the ship’s agent in Turkey said it would continue to Egypt after unloading part of the ship. his merchandise.

Razoni left the Ukrainian port of Odesa on August 1 in accordance with an agreement between Russia and Ukraine brokered by the United Nations and Turkey. Eleven other ships have since departed.

While the Razoni was initially bound for Tripoli, Lebanon, Ukraine’s embassy in the country said the buyer had refused delivery due to a five-month delay and the ship was looking for a new customer.

Kadir Soyer, agency director of Mersin-based shipping agent Toros, said the ship would offload 1,500 tons of corn in Turkey and then proceed to Egypt with the remaining 26,527-ton load.

“1,500 tons will be landed in Mersin and the rest will go to Egypt,” he told Reuters by phone.

Toros was only handling docking and offloading in Turkey and would not be involved in the ship’s voyage to Egypt, he said.