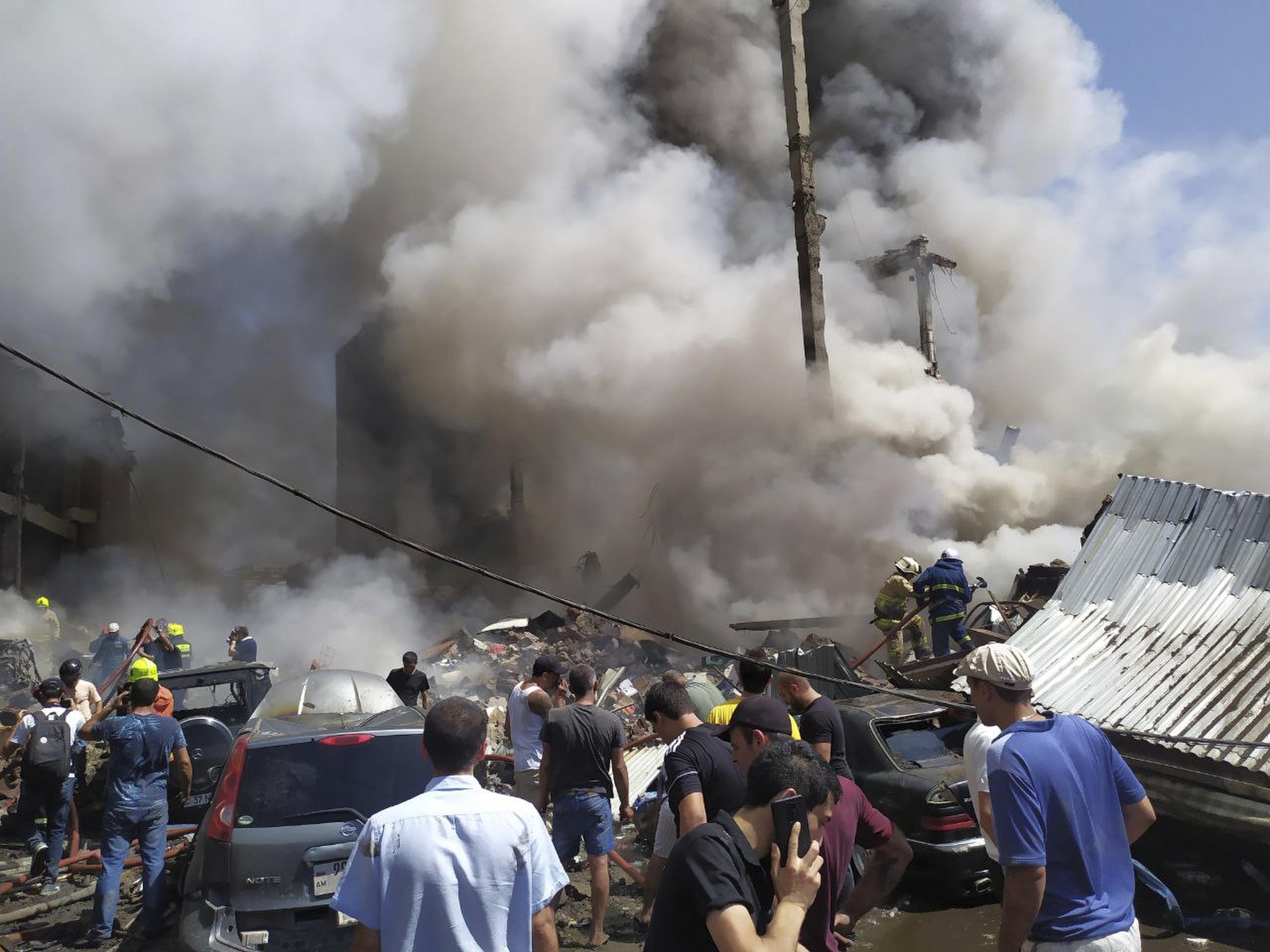 YEREVAN, Armenia (AP) — At least one person was killed, 36 injured and a large fire started Sunday when a massive explosion ripped through a fireworks storage area at a popular market in Armenia’s capital.

Firefighters battled the blaze for more than three hours after an afternoon explosion at Surmalu Market sent plumes of smoke into the center of Yerevan. Rescue workers and plainclothes volunteers searched for victims trapped under concrete slabs and twisted metal slabs.

An Associated Press reporter at the scene saw two people being pulled from the rubble – a woman with an injured leg and a young man who appeared to be unconscious. Emergency Minister Armen Pambukhchan said the two sisters were pulled alive from the rubble.

Firecrackers continued to explode as firefighters and rescuers worked in thick smoke.

Located about two kilometers (over a mile) south of the city center, this market is popular for its low prices and wide variety of goods.

No immediate information was available on what caused the firecrackers to catch fire.

A spokesman for the Ministry of Emergency Services, Ek Kostanyan, said the death toll was one person killed and 36 injured, but it was not clear if anyone was under the rubble. The Ministry of Health said 26 people were taken to hospital; 11 of them are minors.