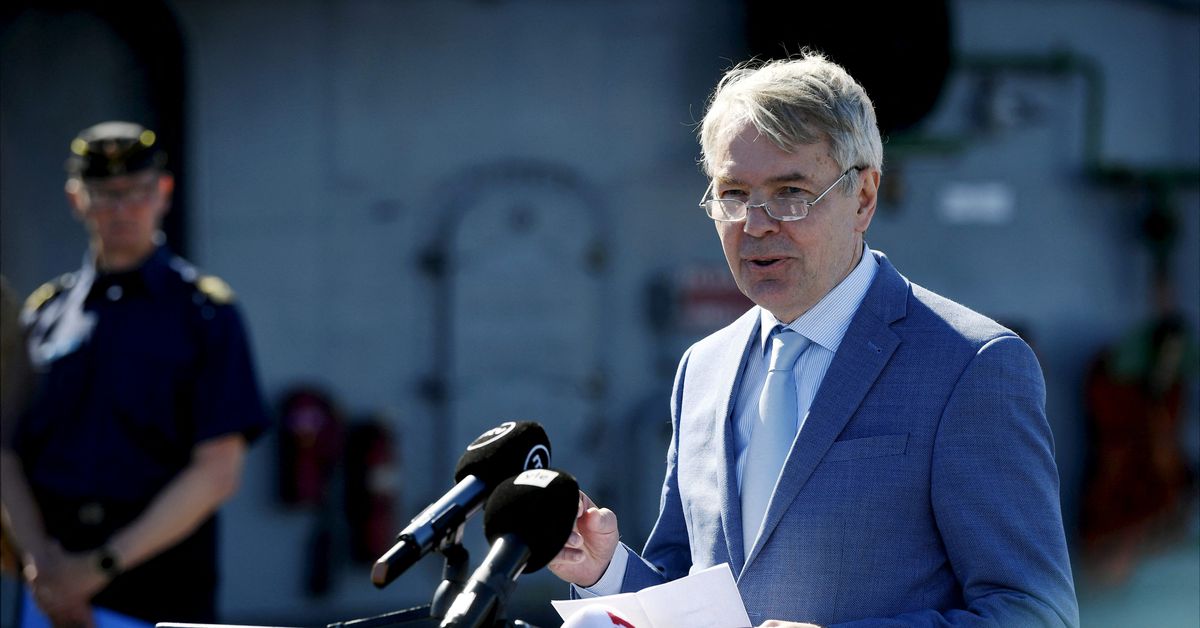 HELSINKI, Aug 16 (Reuters) – Finland will reduce the number of visas issued to Russians to 10% of the current amount from September 1, Foreign Minister Pekka Haavisto said on Tuesday, amid a rush of Russian tourists to Europe.

Haavisto said the decision comes as Finland and its Helsinki-Vantaa airport serve as gateways to European vacation destinations for Russian tourists after Russia lifted border restrictions linked to the pandemic a month ago.

“And if we consider, for example, airspace restrictions for Russia, maybe this is not very appropriate,” Havisto said.

Days after Russia invaded Ukraine in February, Finland joined a string of Western countries to close its airspace in response to Russian planes, making it difficult for Russians to travel to Europe.

Finland and the Baltics will jointly propose that the EU close a visa facilitation agreement with the Russian Federation that makes it easier for Russians to travel to and from the EU, Havisto said.

Some EU leaders, such as Finnish Prime Minister Sana Marin and her Estonian counterpart Kaja Kallas, have called for an EU-wide visa ban, which German Chancellor Olaf Scholz opposed on Monday, saying that if they disagreed, Russians would be forced to leave their country of origin. Must be able to flee the country. Govt read further

Finland is considering creating a national humanitarian visa that could be issued to Russians who needed to flee or visit Europe for purposes such as journalism or advocacy, Haavisto added.

According to EU rules, a tourist must apply for a visa from the country they wish to visit but can enter the border-inspection-free Schengen zone from any point and travel for up to 90 days in a 180-day period.

Finland has imposed similar sanctions on Moscow as the rest of the EU, such as banning the import and export of certain industrial goods and freezing some assets in EU banks.