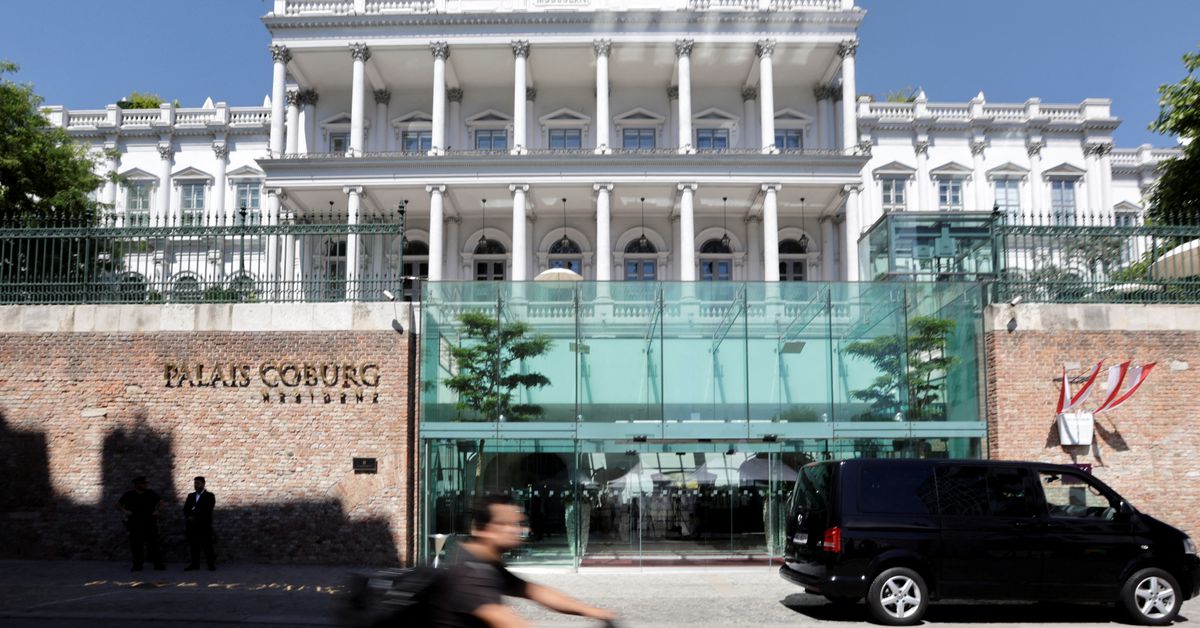 DUBAI/WASHINGTON, Aug 8 (Reuters) – The European Union said on Monday it had put forward a “final” text to revive the 2015 Iran nuclear deal as four days of indirect talks between U.S. and Iranian officials wrapped up in Vienna.

“What can be negotiated has been negotiated and is now in the final text. However, behind every technical issue and every paragraph there is a political decision that needs to be made in capitals,” EU foreign policy chief Josep Borrell tweeted.

“If these answers are positive, we can sign the deal,” he added as the EU, Iran and the US prepared to leave Vienna.

Earlier, a senior EU official told reporters that no further changes could be made to the text, which has been under negotiation for 15 months, and said he expected a final decision from the parties “in the very, very few weeks”.

Washington said it was ready to quickly reach an agreement to revive the deal based on EU proposals, saying Iranian officials would convey their “additional thoughts and considerations” to the EU, which is coordinating the talks, after consultations in Tehran. .

Iran’s NorNews website, affiliated with the country’s Supreme National Security Council which rules on nuclear talks, said the EU, as coordinator of the talks, had no right to “submit its proposals as the final text”.

“The intention is to force Iran to accept the text … under pressure … when Iran, as one of the negotiating parties, does not accept it as the final text, no other official can talk about the finalization of the text,” he said.

Iran has made demands outside the scope of reviving the deal to the United States and other Western powers, such as Iran’s failure to fully explain to the International Atomic Energy Agency (IAEA) traces of uranium at several undeclared sites.

Each side tried to shift the responsibility of compromise to the other.

“They (the Iranians) repeatedly say they are ready to return to mutual implementation of the JCPOA (Joint Comprehensive Plan of Action). Let’s see if their actions match their words,” a US State Department spokesman said.

Under the 2015 deal, Iran curbed its nuclear program in exchange for relief from US, EU and UN sanctions.

But former US President Donald Trump abandoned the nuclear deal in 2018 and reinstated tough US sanctions, prompting Tehran to begin violating the deal’s nuclear limits nearly a year later.

The accord appeared close to revival in March but 11 months of indirect talks between Tehran and US President Joe Biden’s administration in Vienna have been marred by Iran’s insistence that Washington remove its elite Revolutionary Guards Corps from the US list of foreign terrorist organizations.

Reuters reported in June that Tehran had dropped the demand, citing an Iranian and a European official.

A senior Iranian official told Reuters on Monday that “aside from Tehran’s demand to close the IAEA investigation, many other issues are yet to be discussed”.

Iran has sought assurances that any future US president will not scrap the deal if it is revived, as Trump has done. But Biden can’t make such ironclad promises because the deal is more of a political understanding than a legally binding agreement.

“The final agreement must ensure the rights and interests of the Iranian people and guarantee an effective and stable lifting of sanctions,” Iranian Foreign Minister Hossein Amirabdollahian told Borel in a call, state media reported.