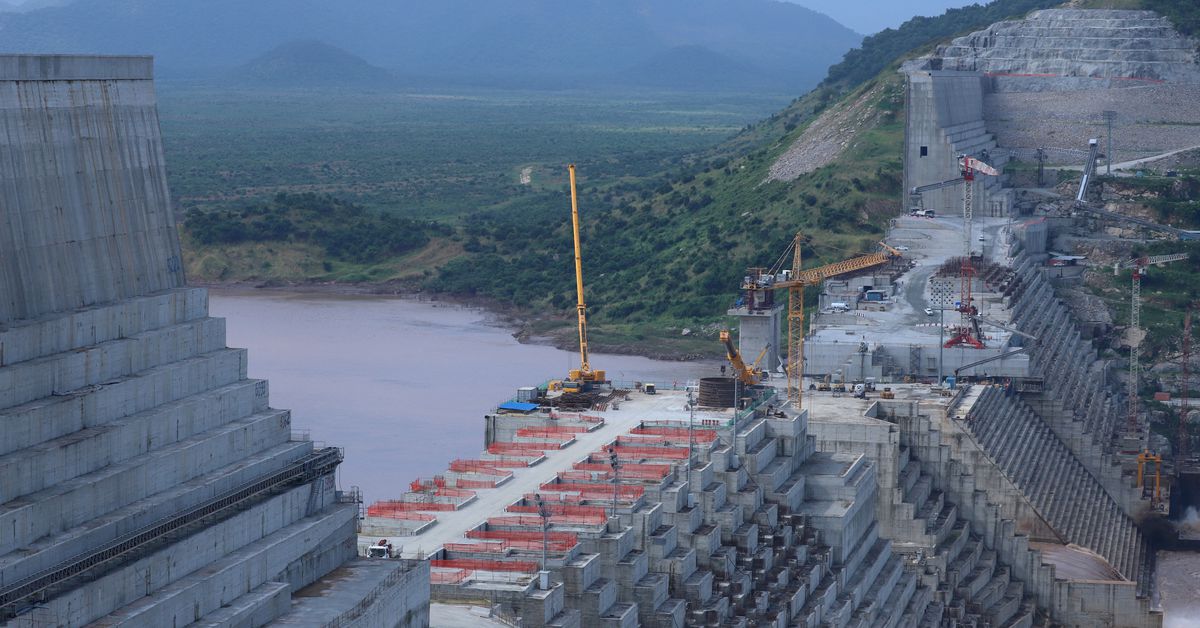 ADDIS ABABA, Aug 12 (Reuters) – Ethiopia has completed the third phase of filling a reservoir for its massive dam on the Blue Nile, the government said on Friday, a process that has troubled the country’s downstream neighbors Egypt and Sudan.

Addis Ababa says the Grand Ethiopian Renaissance Dam (GERD), a $4 billion hydroelectric project, is critical to powering its economic development, but Egypt and Sudan see it as a serious threat to their vital water supplies.

Prolonged diplomatic efforts to resolve the dispute between the three countries have met with little success. Read on

Ethiopia sees the GERD as the centerpiece of its bid to become Africa’s largest electricity exporter with a projected capacity of more than 6,000 MW. Read on

“Prime Minister Abiy Ahmed announced the successful completion of the 3rd filling of the GERD,” the Prime Minister’s Office said on Twitter, adding that Ethiopia was working to “ensure the benefits of downstream countries.”

Six months after the first came online, AB held a ceremony to officially switch on the dam’s second turbine on Thursday. Photographs shared by Abi’s office showed him standing on a platform in front of a large pail of water being released from the front of the dam.