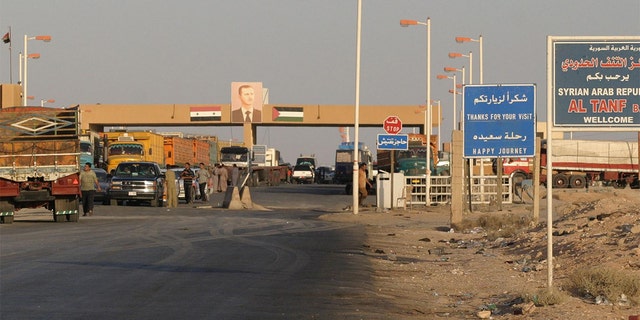 The US military said there were no injuries or damage to US and allied forces inside the compound. No group has yet claimed responsibility for the attack on the al-Tanf base in south-central Syria.

US troops are deployed in the area to aid Syrian opposition forces. The military says troops stationed at the base shot down a drone before entering the base. Another flew inside the building and exploded but caused no injuries.

Al-Tanf has become the subject of the base Similar attacks before Also in October 2021, drones attacked the base.

Trains stop at the Syrian-Iraqi border point of al-Tanf, 270 kilometers northeast of Damascus, on October 2, 2004.
(LOUAI BESHARA/AFP via Getty Images)

The attack involved explosive-armed drones and “indirect fire” hitting the base, but the U.S. was also unharmed in the incident.

The US outpost in al-Tanf conducts frequent patrols with coalition forces against Islamic State militants.