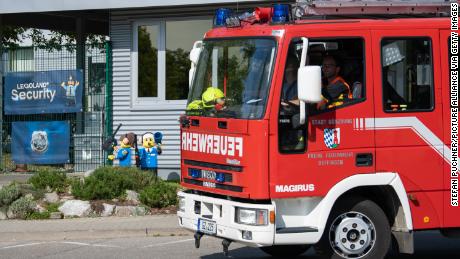 One person was seriously injured but not life-threatening, and 15 people were taken to hospital with minor injuries after the incident in the Bavarian city of Gunzburg, a police spokesman told CNN.

The cause of the crash was not immediately clear, but investigators are at the scene, the spokesman said.

The incident was the second roller coaster accident in the country.

On Saturday, a 57-year-old woman died after falling from a roller coaster car in the Rhineland-Palatinate village of Kloten, local police told CNN. Investigators are yet to submit their findings regarding the cause of the horrific accident.