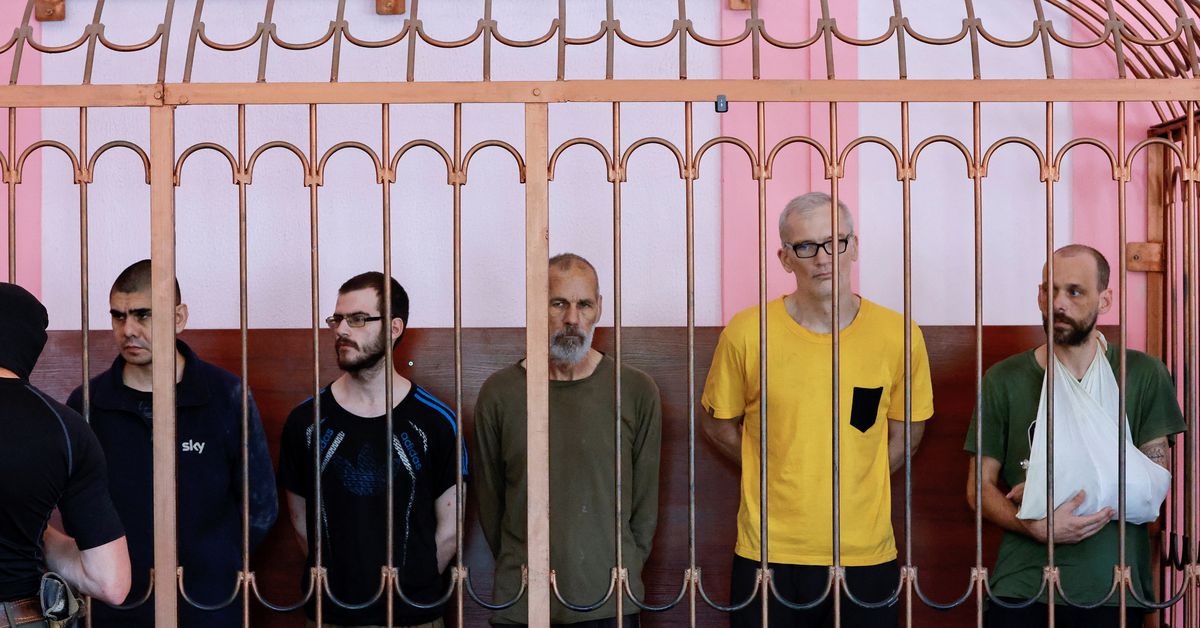 Briton John Harding, Croatian Vjekoslav Pribeg and Swedish national Matthias Gustafsson, who were captured in and around the port city of Mariupol, face the possible death penalty under the law of the self-proclaimed Donetsk People’s Republic, Russian state news agency TASS reported. .

Two other Britons, Dylan Healy and Andrew Hill, were also charged but not sentenced to death. All five accused pleaded not guilty to the charges, TASS reported.

The trial will resume in early October, the judge noted.

Vjekoslav Pribeg of Croatia, Dylan Healy of Britain, John Harding of Britain, Mathias Gustafsson of Sweden and Andrew Hill of Britain, who were captured by pro-Russian forces while allegedly fighting for Ukrainian forces during the Ukraine-Russia conflict. A cage of defendants during a court hearing in Donetsk, Ukraine on August 15, 2022. REUTERS/Alexander Ermochenko

The British Foreign Office did not immediately respond to a request for comment.

Donetsk authorities in June sentenced two Britons and a Moroccan citizen to death for trying to seize power by force and being mercenaries caught fighting alongside Ukrainian forces against Russia.

Foreign governments have refused to negotiate with the Donetsk People’s Republic, one of two Russian-backed entities that have controlled parts of eastern Ukraine’s Donbass region since 2014, citing its internationally recognized status as part of Ukraine.