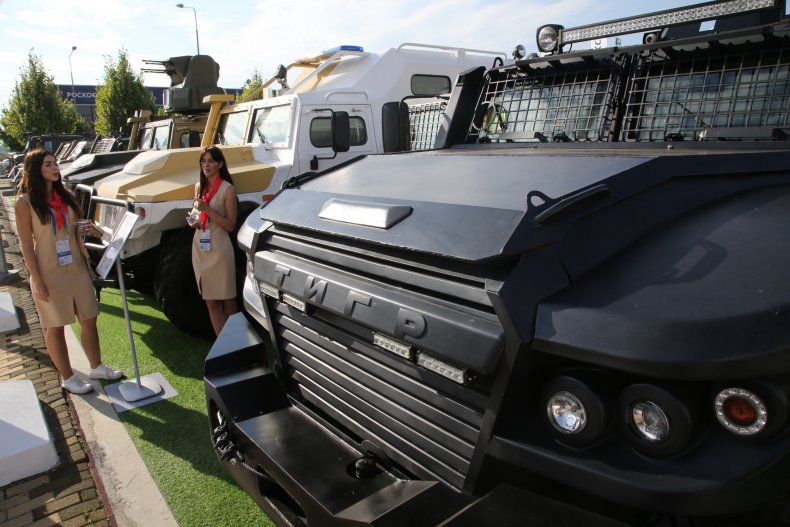 A new Russian RPG-launching robot is actually a modified Chinese home dog bot, according to a new investigation.

The M81 Robot Dogwhich is armed with an RPG-26 rocket launcher, was displayed In Army 2022 International Military-Technical ForumA major arms fair in Moscow this week.

A video of a robot dog walking, sitting and standing has gone viral on social media after it was published by Russian news agency RIA Novosti.

Reposted on Twitter By Rob Lee, an expert on the Russian military at the Foreign Policy Research Institute, a US think tank, it received more than 500,000 views and 1,900 retweets.

However, according to The Insider, an online newspaper that specializes in exposing fake news in Russian media, the robot dog is a modified “Go1 bot” made by Chinese company Unitary Robotics that is “essentially a toy”.

“Even though the robot was wrapped in black during the presentation, its appearance easily identified the ‘M-81 Complex’ as a Go1 bot made by Chinese company Unitary Robotics, thanks to the octagonal shape of its head and its front cameras that can be seen through the cover,” it said.

In a Telegram post, its designers commented: “This is a prototype of the M-81 robotic system, which is capable of targeted shooting and carrying weapons, and for civilian purposes it can be used for reconnaissance, going through rubble and for use in emergency areas. Medicines distribution.”

“When used in combat, the robotic dog can also be involved in target designation, patrolling and security.”

According to its manufacturers, the Go1 bot can carry a maximum weight of three kilograms (6.6 pounds).

Insider reports that this means it can carry an RPG-26 launcher as seen in the video, but not loaded with rockets as this pushes the weight up to 4.7 kilograms (10.4 pounds).

It is also unable to operate on rough or wet terrain and is vulnerable to hacking.

Speaking at the weapons gathering on Monday, President Dr Vladimir Putin Russia has such weapons “Decades ahead of their foreign counterparts”.

He said: “We are talking about high-precision weapons and robotics, combat systems based on new physical principles.

“They are many years, perhaps even decades ahead of their foreign counterparts and significantly superior in terms of tactical and technical characteristics.”

Putin said last month The Russian Navy will receive Zircon hypersonic missiles in a few months – apparently beating the US in the arms race for this new type.

Recently, the US Deputy Secretary of Defense Colin Kahl predicted Russia 70,000-80,000 people have been killed since the invasion of Ukraine In February.

He commented: “It is safe to suggest that the Russians may have killed 70 or 80,000 people in less than six months.

Alexey Aristov, founder of Intellect Machines JSC, has been contacted for comment.