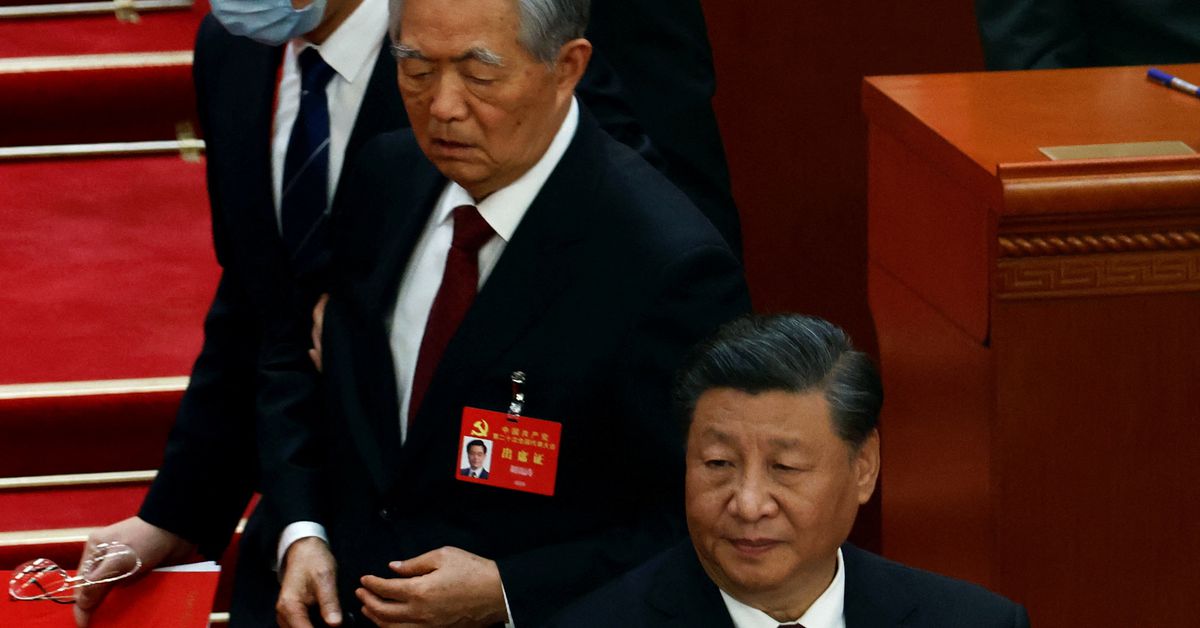 Hu, 79, Xi Jinping’s immediate predecessor, was seated to Xi’s left. He was escorted from the stage of the main hall of the Great Hall of the People in Beijing by two stewards, a Reuters witness in Congress said.

Video taken by AFP showed a steward repeatedly trying to lift Hu from his seat, with several officers sitting nearby looking concerned.

China’s top lawmaker Li Zhanshu, sitting to Hu’s right, wiped his head with a cloth after Hu finally stood up and handed the former president’s folder to the steward.

Looking distressed, Hu appeared to resist leaving when stewards escorted him out and at one point turned back to his seat. On his way out, he exchanged words with Xi and patted Premier Li Keqiang on the shoulder, who sat to Xi’s right.

Hu appeared a little shaky last Sunday at the same stage for the inauguration of the Congress.

The once-in-five-years congress concluded with amendments to the party constitution that cemented Xi’s central status and the guiding role of his political views in the party.