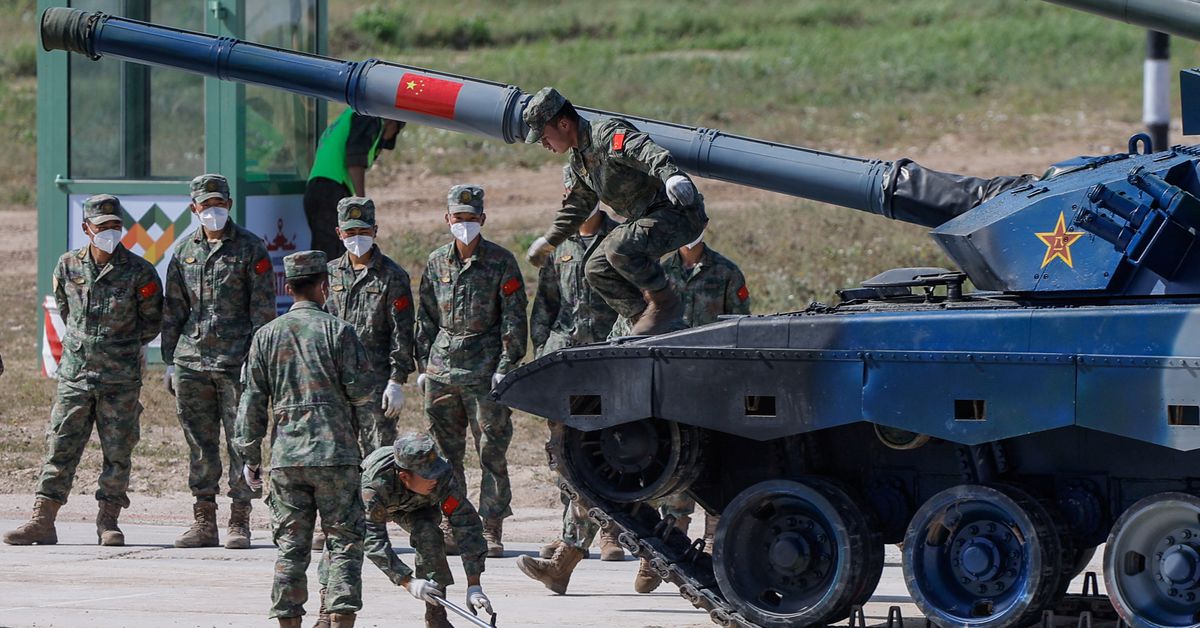 Members of China’s team work with their Type 96A tank during the tank biathlon competition at the International Army Games 2022 in Alabino, outside Moscow, Russia, on August 16, 2022. REUTERS/Maxim Shemetov

China’s participation in the joint exercises is “not related to the current international and regional situation”, the ministry said in a statement.

Last month, Moscow announced plans to hold the “Vostok” (East) exercise from August 30 to September 5, even as it wages a costly war in Ukraine. Some foreign powers will participate in it, he said without naming them. Read on

Its last such exercise was in 2018, when China participated for the first time.

China’s Ministry of Defense said their participation in the exercise was part of an ongoing bilateral annual cooperation agreement with Russia.

Beijing and Moscow have drawn closer under the leadership of Chinese President Xi Jinping and his Russian counterpart Vladimir Putin.

Shortly before Russia’s February 24 invasion of Ukraine, Beijing and Moscow announced a “no limits” partnership, although US officials said they had not seen China avoid US-led sanctions on Russia or supply it with military equipment.

Russia’s Eastern Military District includes part of Siberia and is headquartered in Khabarovsk, near the border with China.