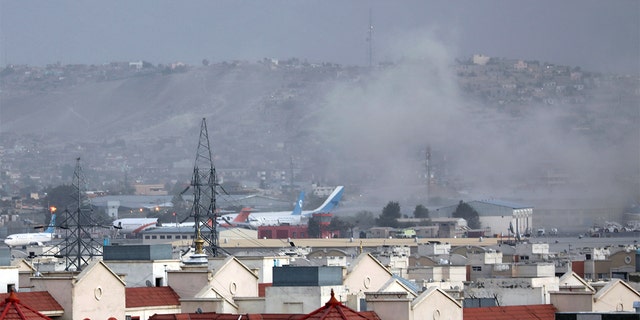 The Biden administration has spent the past 12 months misleading the American people to avoid responsibility for the failed withdrawal from Afghanistan. The administration has stonewalled congressional requests for information and continues to deny the American public, and Afghanistan war veterans in particular, much-needed answers about how the withdrawal chaos unfolded and ultimately the resurgence of al-Qaeda in the heart of Afghanistan. This is a failure of leadership and an abdication of the responsibilities of the Commander-in-Chief.

During that tumultuous week last August, the world saw horrific images coming out of Kabul. Hundreds of American citizens were left behind enemy lines by their own country, relying on personal contacts to get them out. Billions of dollars worth of US-supplied military equipment and weapons, given to the Afghan government, are now in the hands of and for the Taliban and other bad actors. The Taliban brutally beat and killed innocent civilians. Desperate Afghans cling to the C-17’s release only to succumb to their deaths. The confusion and chaos caused by the Biden administration led to the tragic killing of 13 American service members — the deadliest day for American troops in Afghanistan since 2011.

Trying to justify his chaotic exit, President Joe Biden claimed last year that al-Qaeda was ‘gone’ from Afghanistan. Yet less than a year later, the US killed Ayman al-Zawahri, al-Qaida’s top leader, during a counter-terrorism operation in Kabul. However, this not only underlines the extent of the failure of the Biden administration in Afghanistan, but also evidence that Afghanistan is once again becoming a haven for terrorists.

America’s allies are still waiting to leave Afghanistan, a year after the withdrawal

These policy failures are too serious to ignore. That’s why House Republicans are committed to pursuing answers Biden’s disastrous withdrawal from Afghanistan. As part of that effort, this week Republicans on the House Foreign Affairs Committee will release a comprehensive report that will highlight the catastrophic blunders of Biden’s Afghanistan disaster.

Smoke rises from an explosion outside an airport in Kabul, Afghanistan, Thursday, Aug. 26, 2021. The blast took place outside Kabul’s airport, where thousands of people are trying to flee Afghanistan’s Taliban-held territory. Officials reported no casualties, but a witness said several people were killed or injured on Thursday. (AP Photo/Wali Saboon)
(AP Photo/Wali Saboon)

The report details how the Biden administration made decisions based on politics and fear rather than a solid plan. Moreover, it will highlight numerous shortcomings in relation to withdrawal, including arbitrary timelines, refusal to heed advice from military personnel, misleading statements made publicly by administration officials, refusal to secure Kabul, lack of meaningful vetting process for individuals. Considering leaving Afghanistan and not accounting for American military equipment left behind for use by the Taliban.

Furthermore, the report raises more important questions that require additional investigation, such as how decisions were made in White House on Withdrawal Timeline The decision to withdraw troops in front of civilians and diplomats, the lack of an adequate plan to evacuate Americans and our Afghan allies working with US forces, the decision to leave Bagram Air Base, the loss of Kabul and this administration’s dealings with the Taliban. .

To get answers to these important questions, House Republicans have sent dozens Letters requesting detailed answers on behalf of the American people. The Biden administration, however, is ignoring these requests. In the months since and in the months leading up to the withdrawal of Congress and the American people by officials about the dire situation in Afghanistan, the administration has refused to adequately answer why it misled Congress and why the administration took so few steps to get Americans out. Afghan allies held by the Taliban. The Biden administration also has answers for why some decisions were made to outsource Kabul’s security to the Taliban at the expense of Americans’ security.

The contradictions in the administration’s comments are worth ignoring. We cannot allow partisan actors to politicize our institutions by withholding information and manipulating facts, especially when it comes to important national security decisions. We must restore trust with our citizens and allies by bringing transparency to the critical errors that led to the disastrous retreat. House Republicans, if given the chance to hold a majority in the next Congress, will demand answers, hold open hearings and finally provide the American people with the transparency they deserve.

After 20 years of war, Americans — especially our service members — deserve a solid plan to reduce our military presence in Afghanistan. Unfortunately, instead of developing a coherent policy that would have protected Americans and prevented the resurgence of Al Qaeda, the Biden administration’s ill-advised retreat a year ago was shameful, destructive and deadly. House Republicans will hold the Biden administration accountable on behalf of the American people, and we will honor the sacrifices made by so many American families during the 20-year conflict in Afghanistan.

Republican Representative Mike Rogers represents Alabama’s 3rd Congressional District. He is the ranking member of the House Homeland Security Committee and a member of the Armed Services Committee.

Republican James Comer represents Kentucky’s 1st Congressional District where he is the ranking member of the Oversight and Reform Committee.

Republican Kevin McCarthy represents California in the United States House of Representatives where he serves as Minority Leader.