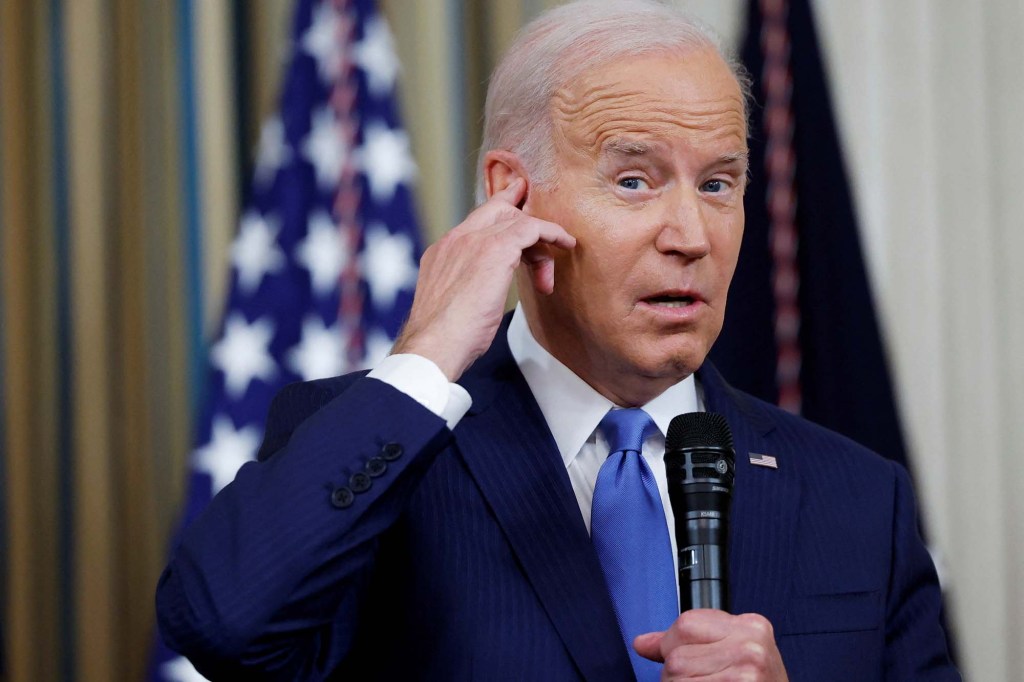 In an ugly Freudian slip on Wednesday, President Biden mistakenly said Russian troops were pulling out of “Fallujah.” Refer to the city of Kherson in southeastern Ukraine.

Biden’s latest gaffe It came after Russian army chief Sergei Surovikinon ordered a withdrawal from one of the key cities captured by Russia after the February 24 offensive.

“I think the context is whether they’re pulling back from Fallujah – from the city of Kherson. [Russian forces] Crossing the river and returning to the east [Dnieper} river,” Biden said while answering a reporter’s question about whether Ukraine is ready to enter negotiations with Russia.

In November and December of 2004, Fallujah was the setting of the bloodiest urban conflict American forces had fought since the Vietnam War and is widely remembered as a key moment in the US invasion of Iraq.

Approximately 12,000 US troops fought in the battle, 82 of whom were killed, while about another 600 were wounded, according to the Pentagon. The US killed about 2,000 insurgents in the battle and captured another 1,200, military officials estimated.

The president did not say what caused him to misspeak Wednesday but also said he “found it interesting” that Russia decided to announce its withdrawal from the region after Tuesday’s US midterm elections.

“We knew for some time that they were going to be going as evidence of the fact that they have some real problems in the Russian military,” Biden said. “It remains to be seen whether or not there’ll be a judgment made as to whether or not Ukraine is prepared to compromise with Russia.”

The president said he believed Russian and Ukrainian leaders would “lick their wounds” after the withdrawal before deciding “what they’re going to do over the winter and decide whether or not they’re going to compromise.”

Biden has a history of stumbling over his words at unfortunate times, which his allies have blamed on a lifelong stutter. On Oct. 25, for example, he wished happy birthday to Vice President Kamala Harris, referring to her as a “great president.”

Biden was also mocked earlier in the month for spelling out “dot” in a website address that he read off a teleprompter. During a July trip to the Middle East, he shocked listeners in Israel by speaking of the “honor of the Holocaust” rather than its “horror” and lauded the “selfishness” of American troops serving in Saudi Arabia.