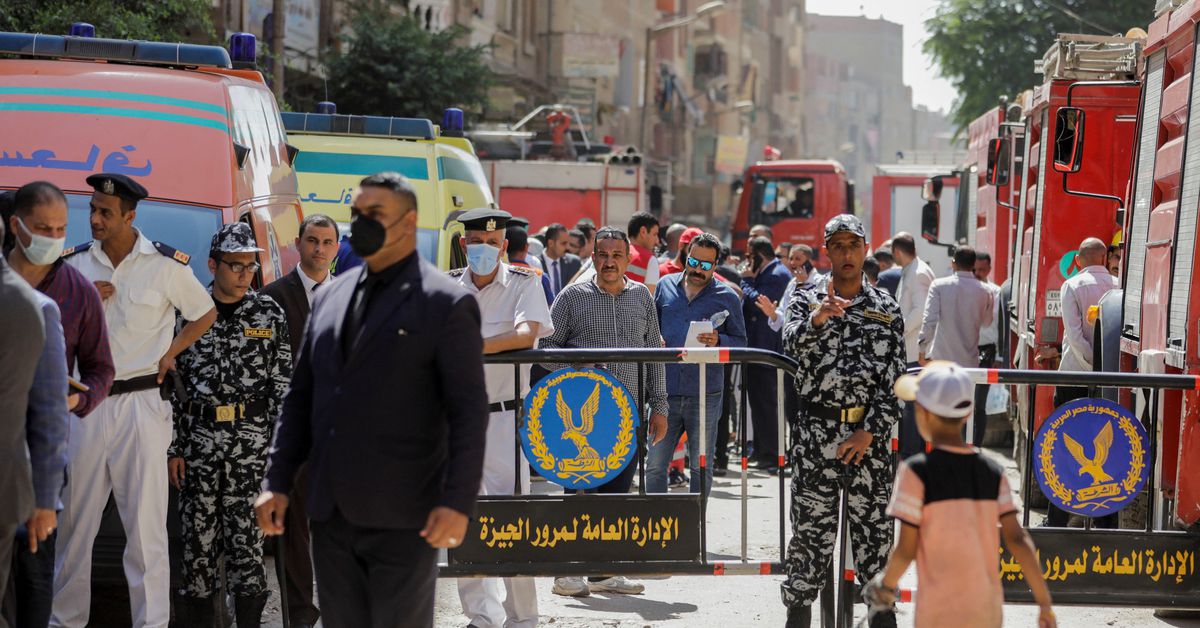 CAIRO, Aug 14 (Reuters) – At least 41 people were killed and 45 injured in a fire at a church in the Egyptian city of Giza on Sunday, two security sources told Reuters.

About 5,000 people were gathering at the Coptic Abu Siffin church in the Imbaba neighborhood when the electrical fire broke out just before 9 a.m. (0700 GMT), sources said.

The fire blocked the entrance to the church, leading to a stampede, he said, adding that most of the dead were children.

“People had gathered on the third and fourth floors and we saw smoke coming from the second floor. People ran down the stairs and were seen falling on each other,” said Yasir Munir, a worshiper at the church.

“That’s when we heard a loud bang and sparks and fire coming from the window,” he said, adding that he and his daughter were on the ground floor and managed to escape.

Such electrical fires are not a rare occurrence in Egypt; In late 2020, at least seven people died and many were injured in a fire at a hospital treating Covid-19 patients.

Giza, Egypt’s second largest city, is just across the Nile from Cairo.

“I express my deepest condolences to the families of the innocent victims who have gone to be with their Lord in one of their houses of worship,” Egyptian President Abdel Fattah al-Sisi said in a tweet.

Maher Murad said he dropped his sister off at the church after prayers.

“When I got just 10 meters from the church, I heard screaming and saw thick smoke,” he said.

“After the fire brigade brought the fire under control, I recognized my sister’s body. All the bodies were burnt and many of them were children, who were in the nursery in the church.”

(This story corrects the location in bullet points to Giza, not Gaza)