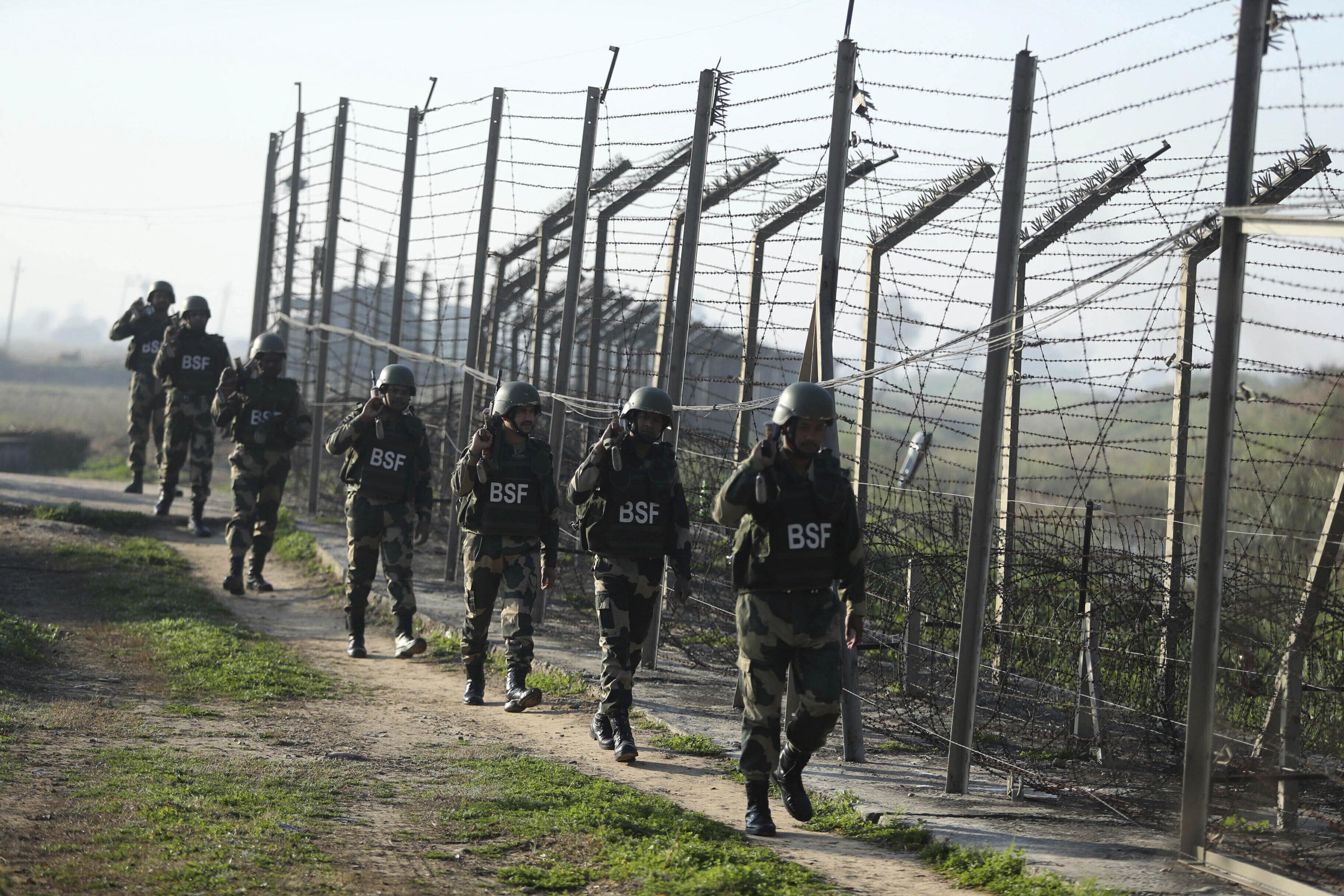 SRINAGAR, India (AP) — For decades, India has sought to thwart Pakistan in the long-running dispute over Kashmir.A beautiful Himalayan region claimed by both countries but divided between them.

But in the last two years, there have been deadly border clashes between Indian and Chinese soldiers In Kashmir’s Ladakh region, policymakers in New Delhi are turning their attention to Beijing, a significant shift in policy as the nation celebrates 75 years of independence.

With India’s ever-growing economy, which is now much larger than Pakistan’s, and Beijing’s increasingly assertive push for influence across AsiaThat means “New Delhi has become increasingly Beijing-centric,” said Lt. Gen. DS Hooda, who headed the Indian Army’s Northern Command, which controls Kashmir, including Ladakh, from 2014 to 2016.

Kashmir has suffered insurgencies, lockdowns and political unrest since India and Pakistan gained independence from British colonial rule in 1947, and has been at the center of two of India’s four wars with Pakistan and China. The tense borders of the three countries meet in the disputed region, in the world’s only three-way nuclear conflict.

India has been an active member of the organization since the 1960s Unaligned movement, a group of more than 100 countries that were theoretically not aligned with any major power during the Cold War. Despite disputes with neighbors Pakistan and China, India’s non-aligned stance remained the cornerstone of its foreign policy, with its diplomats primarily focused on maintaining Pakistan’s claim to Kashmir.

Kanwal Sibal, a career diplomat who was India’s foreign secretary in 2002-2003, said, “Kashmir was, in a way, the focus of our foreign policy concerns.

But the current military standoff between India and China over the disputed border in Ladakh has seriously escalated tensions between the two Asian giants.. Despite 17 rounds of diplomatic and military talks, the tense situation remains.

For decades, India believed that China did not represent a military threat, said Hooda, a former army commander. But this math changed in mid-2020 when military tensions escalated due to skirmishes in the Karakoram Mountains in Ladakh’s Galwan Valley.

“Galvan represents a policy turning point,” said Constantino Xavier, a fellow at the Center for Social and Economic Progress, a New Delhi-based policy group. It “helped create a new Indian consensus on the need to restore full relations with China, and not just resolve border issues.”

Soldiers from both sides engaged in a medieval-style battle with stones, fists and clubs, killing at least 20 Indian and four Chinese soldiers.

The fighting comes a year after Indian Prime Minister Narendra Modi’s Hindu nationalist-led government stripped Kashmir of its statehood.It abolished its semi-autonomy, and clamped down on local politicians, journalists and communications.

The government split the Muslim-majority region into two union territories – Ladakh and Jammu and Kashmir – and ended inherited protections on land and jobs.

The government insisted that the moves involved only administrative changes, part of a long-standing Hindu nationalist pledge to assimilate the largely Muslim Kashmir into the country..

Pakistan reacted angrily to India’s changes, asserting that Kashmir is an international dispute and any unilateral change in its status is a violation of international law and UN resolutions on the region.

But the main diplomatic challenge to New Delhi’s moves in Kashmir came from unexpected rival China.

Beijing strongly criticized New Delhi and raised the issue at the UN Security Council, where the Kashmir dispute was discussed. — again in a draw — for the first time in nearly five decades.

Initially, New Delhi faced largely peaceful anti-India protests in its occupied Kashmir. However, the crackdown on dissent led to a full-blown armed insurgency against Indian control in 1989. Tens of thousands of people have died in the region since then due to the protracted conflict.

India and Pakistan became nuclear-armed states in 1998, making Kashmir a potential nuclear flashpoint. The then US President Bill Clinton drew global attention by describing Kashmir as “the most dangerous place in the world”.

Many Indian foreign policy experts believe that despite strong sentiments against Indian rule in the region, New Delhi has been successful over the decades in fending off foreign pressure for change in Kashmir.

Paul Staniland, a political science professor at the University of Chicago, said Pakistan is now operating in a more complex political role as a partner of Chinese power. “It gives him some influence and influence.”

As geopolitical hostilities escalate in the sprawling region, Kashmiris have been largely silenced, curtailing their civil liberties, as India has shown zero tolerance for dissent of any kind.

China’s rise as a global power has pushed India closer to the US and the new Indo-Pacific strategic alliance, the Quad. The situation in the region worsens with the US, India, Australia and Japan accusing Beijing of economic coercion and military tactics.

With hostilities playing out thousands of miles (kilometers) from India’s borders, India’s old non-aligned role rooted in the Cold War era has come to an end. The entire region has become the focus of geostrategic competition and great power rivalry near India’s borders.

“We recognize the need to defend against China to curb its ambitions and recognize that a new line of security is being created against any Chinese aggression, which is at the heart of the Quad,” Sibal said. Diplomat

With the Quad now central to discussions among India’s policy thinkers, New Delhi has massively expanded infrastructure along its long, treacherous and ill-defined border with China. Beijing sees the Quad as an attempt to maintain its economic growth and influence.

“This way we are sending a signal to China that we are ready to join hands with others to stop you,” Sibal said.