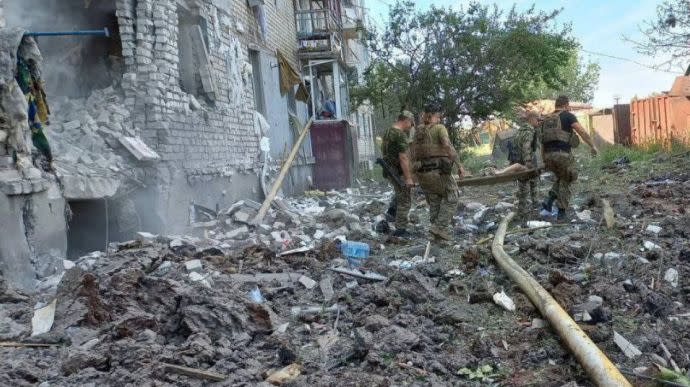 The Russian Telegram channel reported the attack of the Armed Forces of Ukraine on the headquarters of Wagner PMC. [a network of mercenaries who serve as the de facto private army of Russian President Vladimir Putin] In occupied Popasna, Luhansk Oblast, a photo of which was recently published by a Russian military correspondent.

Details: Reports of an attack by the Armed Forces of Ukraine on the Wagner PMC headquarters in Popasna appeared on the Russian Telegram channel on Sunday. A photo of the destruction was also released.

On August 8, Russian military correspondent Sergey Sereda wrote about the “headquarters” visit. He published a post on Telegram, writing: “Arrived at Popasna, Wagner stayed at PMC headquarters. He met me like family and told me many funny stories.”

According to Radio Liberty, one of the photos he posted shows Yevgeny Prigozhin [a Russian oligarch who controls a network of companies]Joe Wagner is believed to be the owner of PMC, although he himself denies it.

The photos outraged pro-Russian commentators, as one of them shows a sign with the address of a nearby bomb shelter – Myronivska Street, 12.

Radio Svoboda analyzed photos of houses in the area and concluded that the photo is indeed a house at this address.

After information about the strike on Popesna, Sergei Sereda deleted the message about visiting the “headquarters”, but numerous copies of it remained on the web.