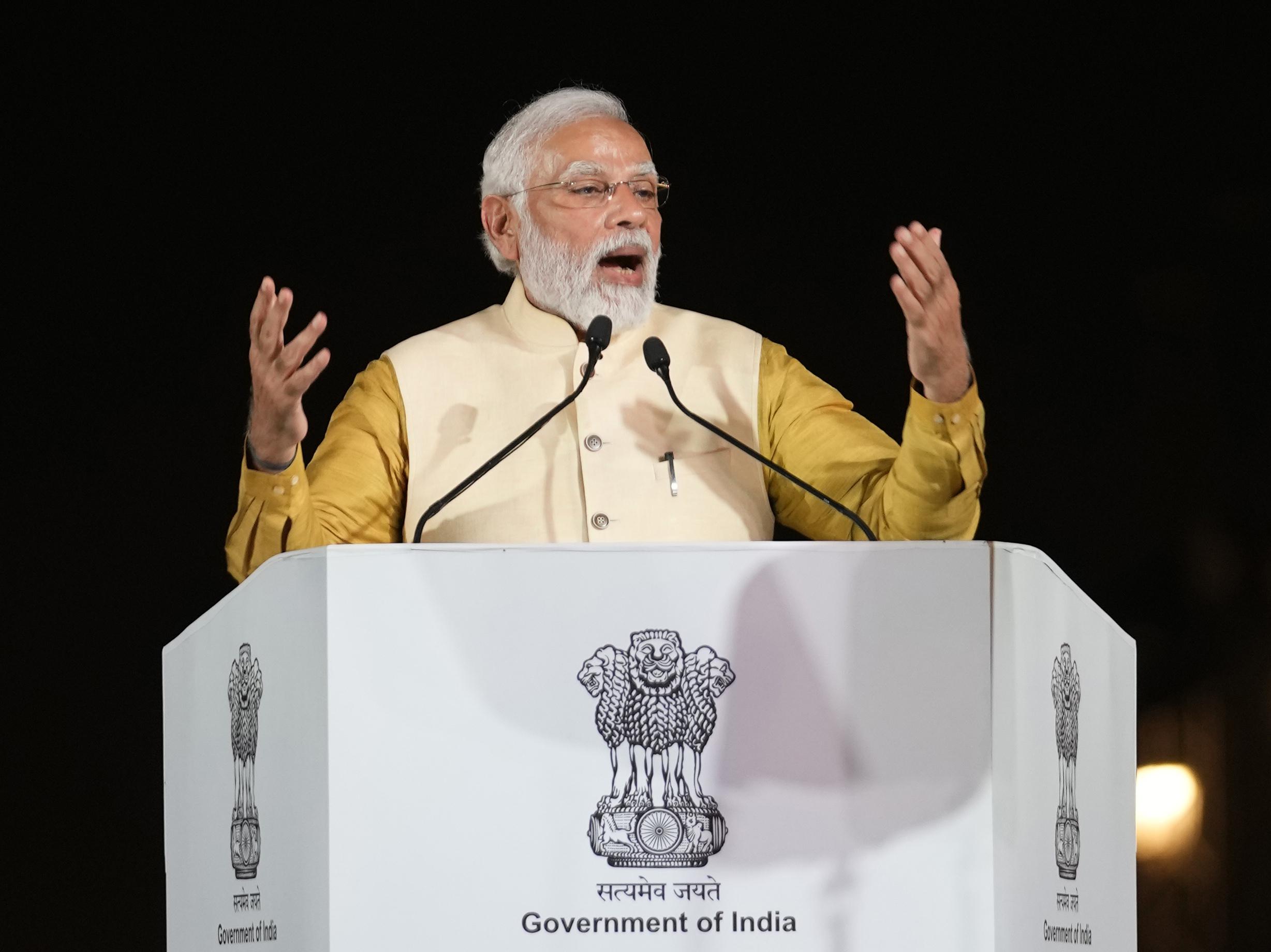 Rajpath, formerly called Kingsway, was a “symbol of slavery” during the British rule, he said. Instead, “a new history has been created,” Modi said, in the name of the Kartavya Path leading to the iconic India Gate.

His speech last Thursday was the latest in a concerted campaign to rid India of its colonial remnants. It was also a clear sign that the country, once the largest of Britain’s colonies, had endured two centuries of imperial rule.

The Queen’s death evoked sympathy from some for the highly revered figure, while for others, it brought back memories of a bloody history under British rule. But the news was met with indifference among most regular Indians.

Kapil Komireddy, author of “Malevolent Republic: A Short History of the New India”, said the British monarchy “holds precisely zero relevance for Indians today – they have no significance.”

British rule shaped the country in important ways, but India has since surpassed the British economy in size.

On Thursday, Modi wrote a heartfelt note and called the queen “a legend of our time”, while the government declared a day of mourning. But most Indians born in the generation after independence from the British in 1947 have little fascination with the queen or the royal family.

20-year-old Sankul Sonwane was at home when he heard the news, which had “no effect” on him. “We have no emotional connection with the Queen. She was a monarch and I don’t believe in the idea of ​​a monarchy.”

Dhiren Singh, a 57-year-old entrepreneur from New Delhi, felt the same way. “I don’t think kings and queens have a place in today’s world, because we are the largest democracy in the world,” he said.

Elizabeth visited India three times during her reign and was the first monarch to tour the newly liberated country, beginning a new relationship with Britain. After her coronation in 1953, she arrived in the capital, New Delhi, in 1961, where she addressed large crowds and nearly a million people lined the streets to catch a glimpse of her and her husband, Prince Philip.

Darshan Paul was 10 or 11 years old when she stood on the side of a road in New Delhi and waved the Indian flag at the Queen. “I remember her waving her gloved hand back at me and I was so impressed,” Paul, now 71, said.

There was so much excitement and curiosity about her visit, Paul recalls, as she and her friends passed out newspaper photos of the Queen and were stunned by the gown she wore.

But that time was different, Paul said, as she acknowledged that some Indians’ traditional bond with the royal family has changed dramatically since then.

“To today’s young Indians, they seem like any other high-profile celebrity family – you follow their news because you want to know what goes on behind closed doors. But they have lost their significance beyond the lure of glamor and celebrity.”

If her son, formally proclaimed King Charles III at the weekend, were to make an official visit to India, “it wouldn’t make a big difference,” Paul added.

The Queen’s last visit was controversial in 1997 when she traveled to a memorial dedicated to hundreds of unarmed Indians killed by British colonial troops in 1919 in the wake of her apology for the Jallianwala Bagh massacre.

For many, the royal family is the epitome of a very painful history. Colonial rule is still remembered for the extraordinary violence and suffering it caused, from numerous famines and economic exploitation to the unprecedented bloodshed that eventually led to the partition of India and Pakistan.

Scrolling through social media after the news, 25-year-old Sumedha Chatterjee said the tweets in support of the Queen made people forget about all the “looting and looting” the British monarchy had done. “They built their empire on the backs of the so-called third world,” she added.

Hours after her death, Indian social media lit up with renewed calls for the return of the famous Koh-i-Noor, a 106-carat diamond found in India that is part of the British Crown Jewels.

“If the king won’t wear the Koh-i-Noor, give it back,” quipped one user.

Since independence, India has moved to sever its colonial ties, including renaming cities renamed under British rule. In the 1960s, officials removed figures of British officials and royalty from public view – the statue of King George V, which stood tall under the canopy of India Gate, was moved to Coronation Park, a cemetery or final resting place for royal icons. Capital

And under Modi, there has been a renewed push to reclaim India’s past, with the government removing colonial-era street names, some laws and even flag symbols.

Such gestures “represent a new India” that has nothing to do with monarchy, said Archana Ojha, professor of history at Delhi University. She added that the royal history of the country cannot be hidden.